President Biden’s top priority is to lower costs for the American people. He was proud to sign the Inflation Reduction Act into law, taking on Big Pharma to allow Medicare to negotiate prescription drug costs for the first time, capping seniors’ drug costs at the pharmacy and the cost of insulin, and lowering health insurance premiums for people who get coverage through the Affordable Care Act. President Biden and Congressional Democrats are committed to protecting and strengthening Social Security and Medicare.

Congressional Republicans have a very different vision. They have promised to strip Medicare of the right to negotiate drug prices and remove the $2,000 cap on out-of-pocket pharmacy expenses. Florida’s Republican Senator and Chair of the National Republican Senatorial Committee Rick Scott has championed a plan to put Medicare, Medicaid, and Social Security on the chopping block every five years. Further, Congressional Republicans have repeatedly pledged to hold the American economy hostage by refusing to raise the debt limit unless they can cut Social Security and Medicare benefits that tens of millions of Americans have already paid into.

Part I: Putting Bedrock Programs like Social Security and Medicare on the Chopping Block and Threatening the Global Economy Unless Those Programs Are Cut 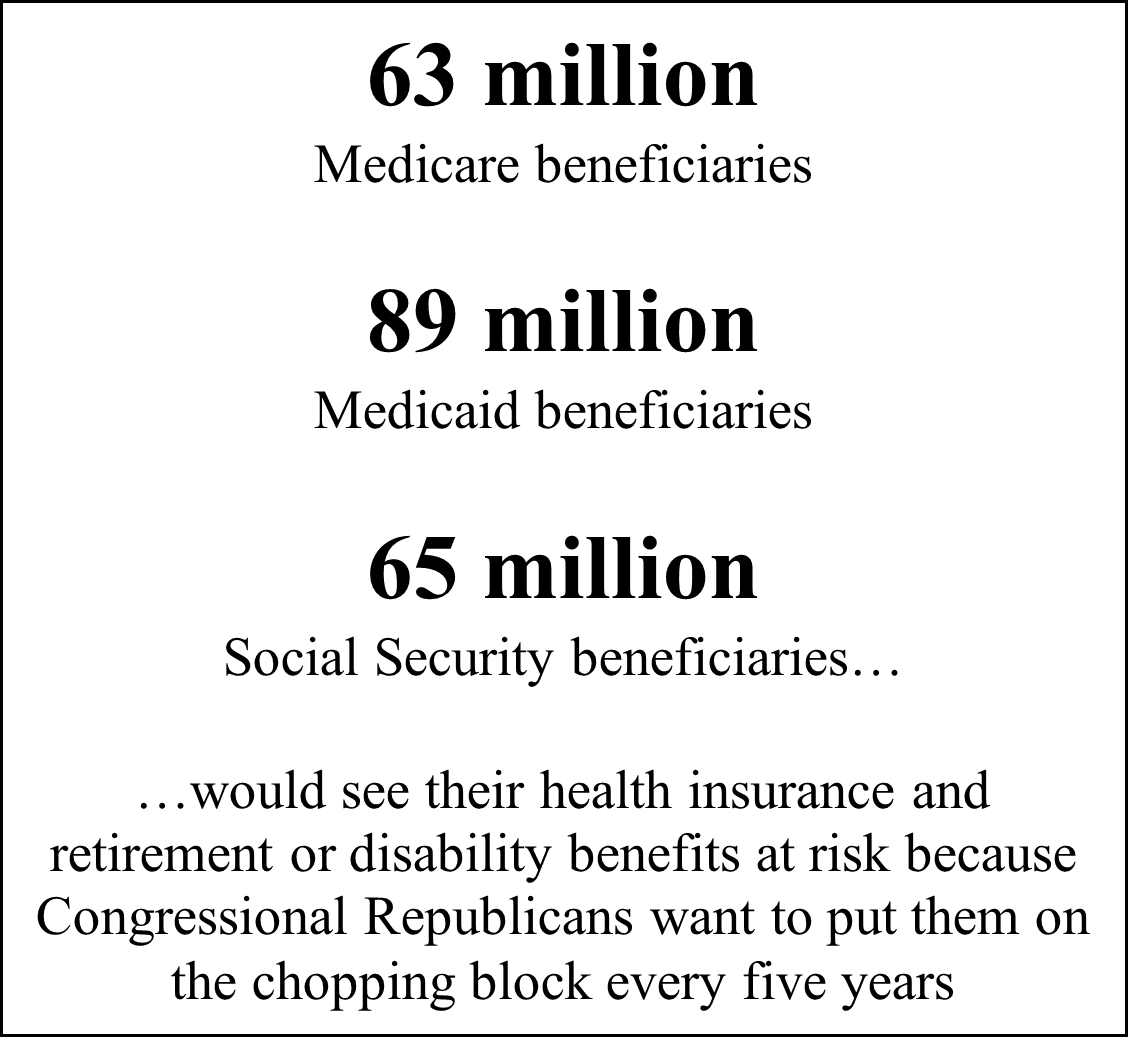 All Medicare, Medicaid, and Social Security beneficiaries would see their benefits threatened under Sen. Rick Scott’s plan to put those programs on the chopping block every five years. Sen. Ron Johnson’s vision of putting them up for a vote every year would make that even worse. 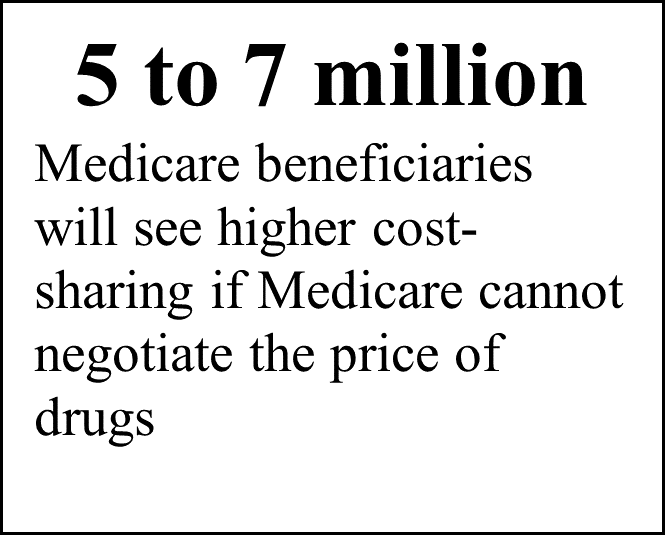 President Biden has worked for decades to let Medicare negotiate drug prices, and that is finally happening thanks to the Inflation Reduction Act.  This will save billions of dollars for both Medicare beneficiaries, who will see reduced premiums and out-of-pocket costs, and the federal government. Kaiser Family Foundation estimates suggest that some 5 to 7 million beneficiaries each year use the types of high-cost drugs that could be subject to negotiation and will directly face higher cost sharing if these provisions are repealed. 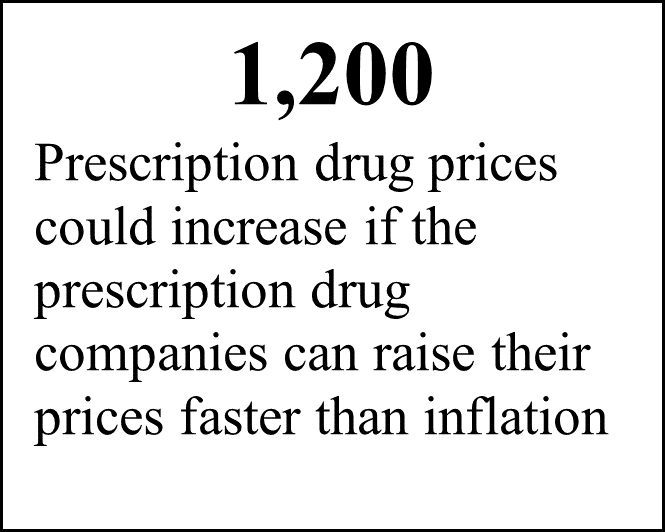 The Inflation Reduction Act also requires prescription drug companies to pay rebates if they increase drug prices faster than inflation. According to an analysis by the Department of Health and Human Services, the cost of 1,200 prescription drugs rose faster than inflation in the last year alone – some prescription drugs increasing by $1000 in just one year. If Congressional Republicans repeal the Inflation Reduction Act, drug companies will be able to continue raising prices without paying a rebate, rather than putting that money back into Americans’ pockets. 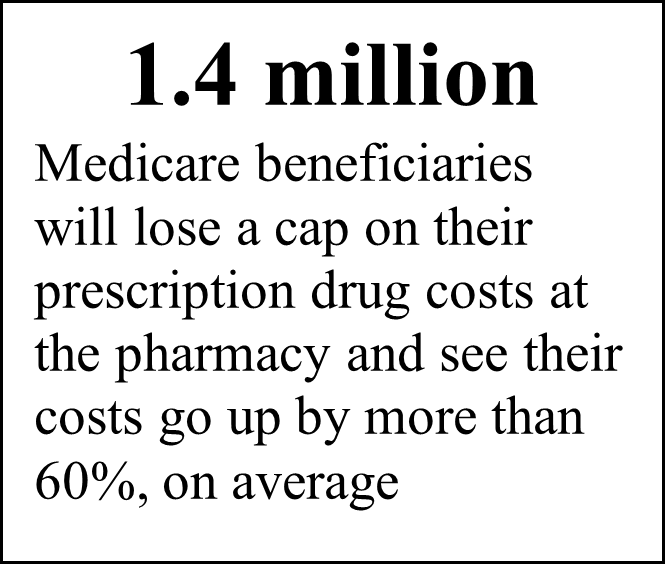 Before the Inflation Reduction Act, Medicare beneficiaries with conditions like cancer, multiple sclerosis, and lung disease could face thousands of dollars in out-of-pocket prescription drug costs per year. Thanks to President Biden and Congressional Democrats’ Inflation Reduction Act, those costs will be capped at $2,000 per year, saving over 1 million beneficiaries an average of over $1,300 per year. If Congressional Republicans get their way and repeal the law, over 1.4 million Medicare beneficiaries will pay more each year – thousands of dollars more in some cases – for drugs at the pharmacy.

Drug manufacturers have raised insulin prices so rapidly over the last few decades that some Medicare beneficiaries struggle to afford this life-saving drug that costs less than $10 a vial to manufacture. Today, Medicare beneficiaries are enrolling in plans that must cap the out-of-pocket cost of insulin at no more than $35 per month per prescription, a protection they will lose if the law is repealed. 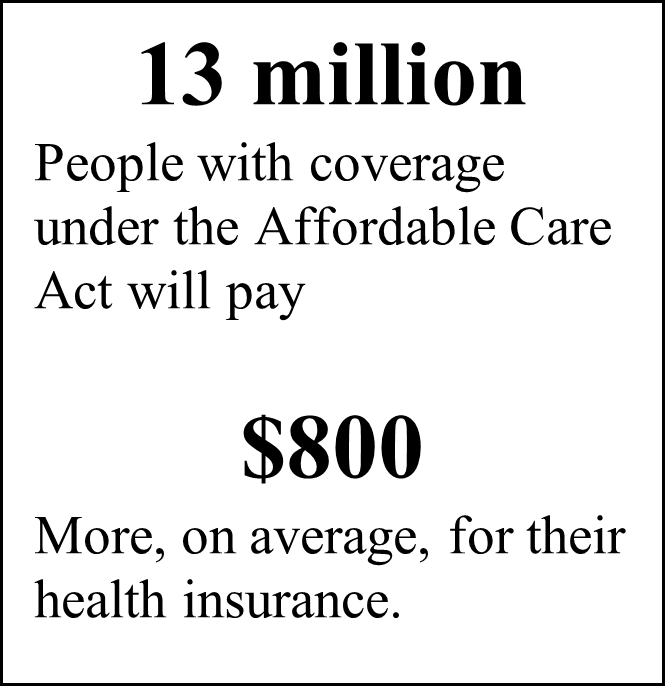 The Inflation Reduction Act saves 13 million Americans an average of about $800 per year on their health care premiums, by continuing the improvements to Affordable Care Act (ACA) premium tax credits enacted in the American Rescue Plan. By making health care more affordable, these improvements have expanded coverage to millions of people, helping bring the uninsured rate to an all-time low. Starting today, during Open Enrollment season, Americans can choose health insurance plans that lock in the Inflation Reduction Act’s cost savings for 2023. But Congressional Republicans would repeal this assistance, drive premiums higher, and jeopardize the progress the Biden Administration has made in driving the uninsured rate to a historic low. Older Americans would see especially large premium spikes; in most states, annual premiums for a 60-year old making $60,000 would more than double to over $10,000.