The American economy has delivered stronger growth in President Biden’s first year of office than any other president in the last 50 years. Since Day 1, President Biden has been laser-focused on reopening the economy and has taken aggressive action to lower the price of goods and gasoline for Americans.

The President’s Supply Chain Disruptions Task Force has made significant progress to alleviate bottlenecks that are rooted in the global pandemic, and today the President will convene members of his Cabinet and private sector CEOs for an update.

The Administration also continues to closely watch how the Omicron variant could compound global supply chain disruptions at Asian or U.S. ports, and is working with ports around the world to prioritize critical medical supplies and PPE.

Last week, the Administration announced its Trucking Action Plan (TAP) to recruit and retain more truckers by improving job quality. The TAP will help states reduce their commercial drivers license backlogs, kick off a 90-day challenge to expand Registered Apprenticeships with the private sector, step up the recruitment of veterans, and launch a Driving Good Jobs Initiative to address issues that hurt retention such as unpaid wait times.  The average price at the pump is down 12 cents per gallon since the peak last month, and prices are continuing to fall. 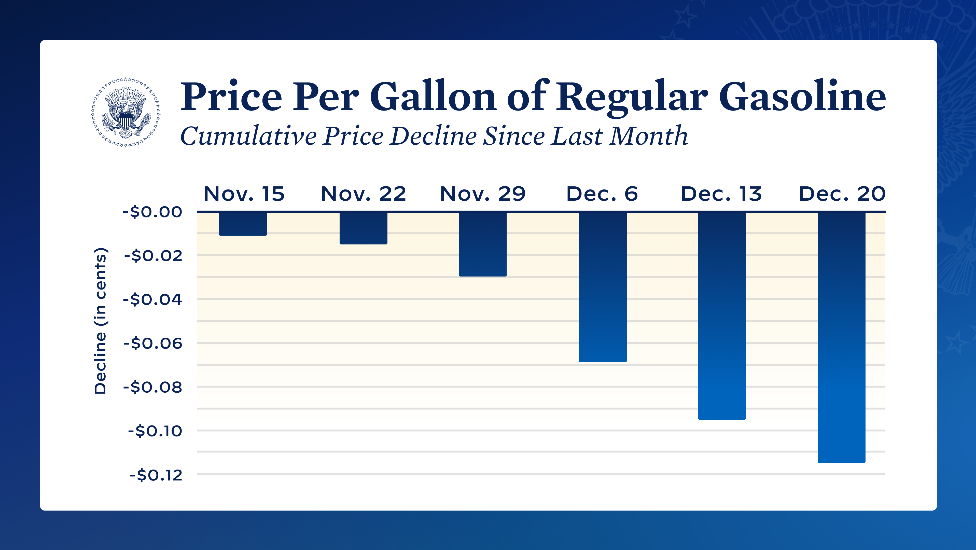 The average price at the pump is now $3.30. This price is in line with the real price of gasoline over the previous ten years from 2011-2020. While current price levels aren’t unprecedented, the President believes that they are too high especially given that we are emerging from a once-in-a-century pandemic. 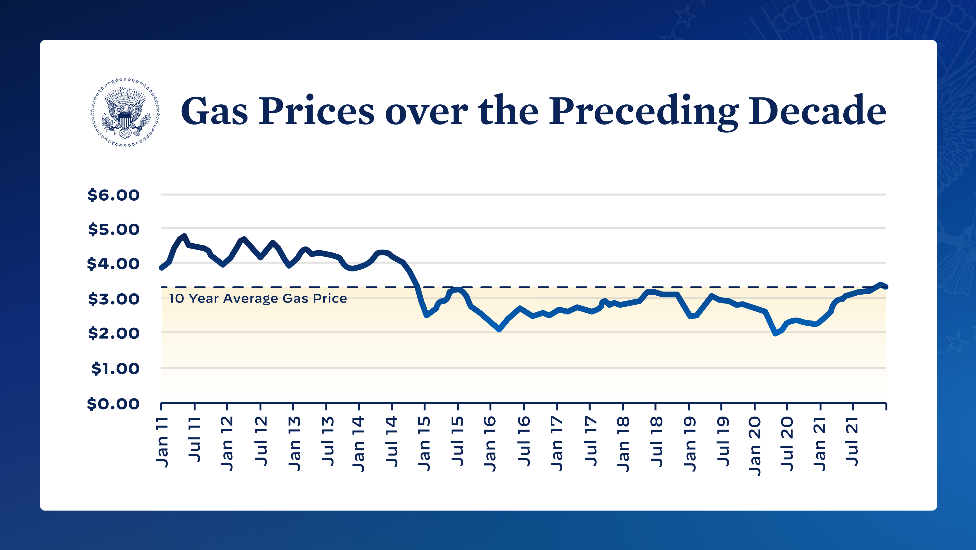 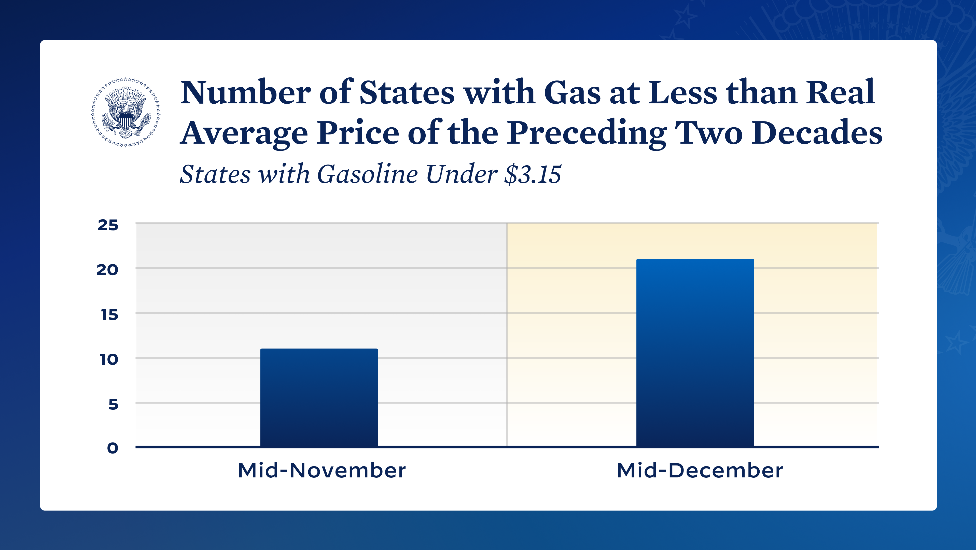