Today’s jobs report showed the labor market added jobs in April, although at a slower pace than in March. The economy added 266,000 jobs in April, for an average gain of 524,000 over the last three months. Over the last three months, the economy added 1.5 million jobs. The unemployment rate ticked up as did the labor force participation rate to its highest level since August 2020. Our economy is still missing about 8 million jobs from before the pandemic took hold. It is important to keep in mind that month-to-month job growth can be volatile.

1. The bulk of the jobs added in April were in leisure and hospitality, with additional gains in government, and other services.

Leisure and hospitality added 331,000 jobs in April, by far the most of any industry and more than it added in March. Government added 48,000 jobs, almost 80 percent of which were in State and local education. There were industries that lost jobs in April. For instance, transportation and warehousing lost 74,000 jobs, largely due to couriers and messengers, although there were other sub-industries that lost jobs in that sector, including truck transportation.

Many industries are still working their way back from their pandemic losses. At the sector level, by far the worst hit industry has been leisure and hospitality, with 17 percent fewer jobs than in February 2020. This industry alone accounts for over a third of the remaining pandemic job loss. 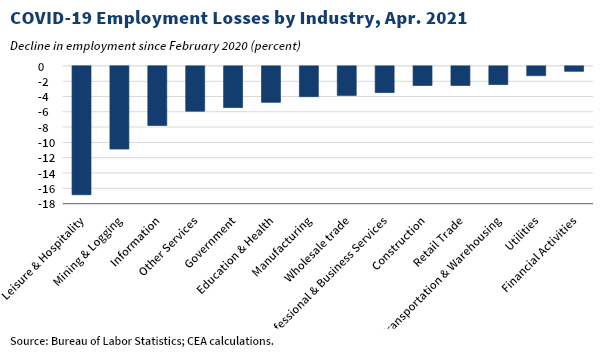 2. Involuntary part-time work fell to about the same rate as in 2017.

The percent of the labor force working part-time who would prefer full-time work (part-time for economic reasons) fell by almost 0.4 percentage point to 3.3 percent, about where it was in 2017. The involuntary part-time rate has been elevated since the beginning of the pandemic, recovering only slightly between September 2020 and February 2021. It fell substantially in both March and April. A fall in the involuntary part-time rate may reflect employers increasing current workers’ hours before they hire new ones; almost 600,000 fewer workers were stuck in part-time work in April compared to March. 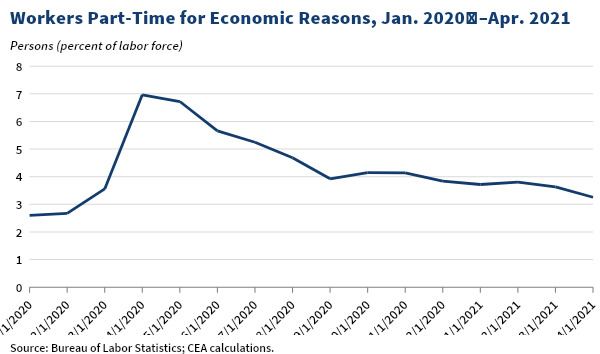 3. Labor force participation ticked up to 61.7 percent, its highest level since August 2020, but still below pre-pandemic highs.

While labor force participation usually falls in U.S. recessions, this recession has been unusual in how much labor supply has been constrained. Lingering concerns about contracting the coronavirus, and child care and school disruptions have prevented many from participating in the labor market. April showed a tick up in labor force participation, concentrated among teenagers. The improving health situation likely played a role; almost a million fewer people reported in April they were not looking for work because of the coronavirus pandemic. 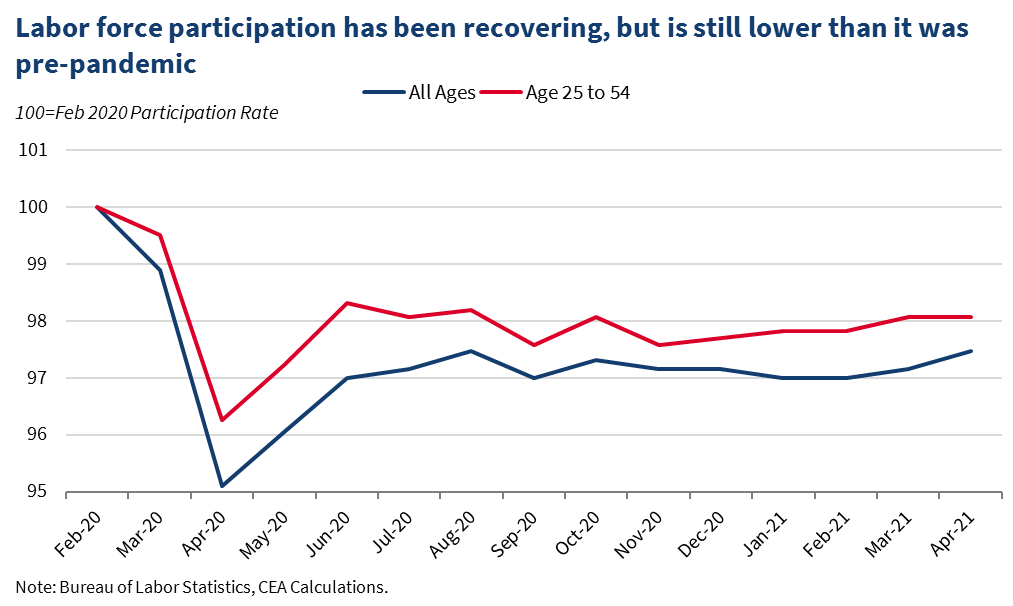 4. The percent of unemployed workers experiencing long-term unemployment has risen, particularly for those who have been out of work for more than a year. 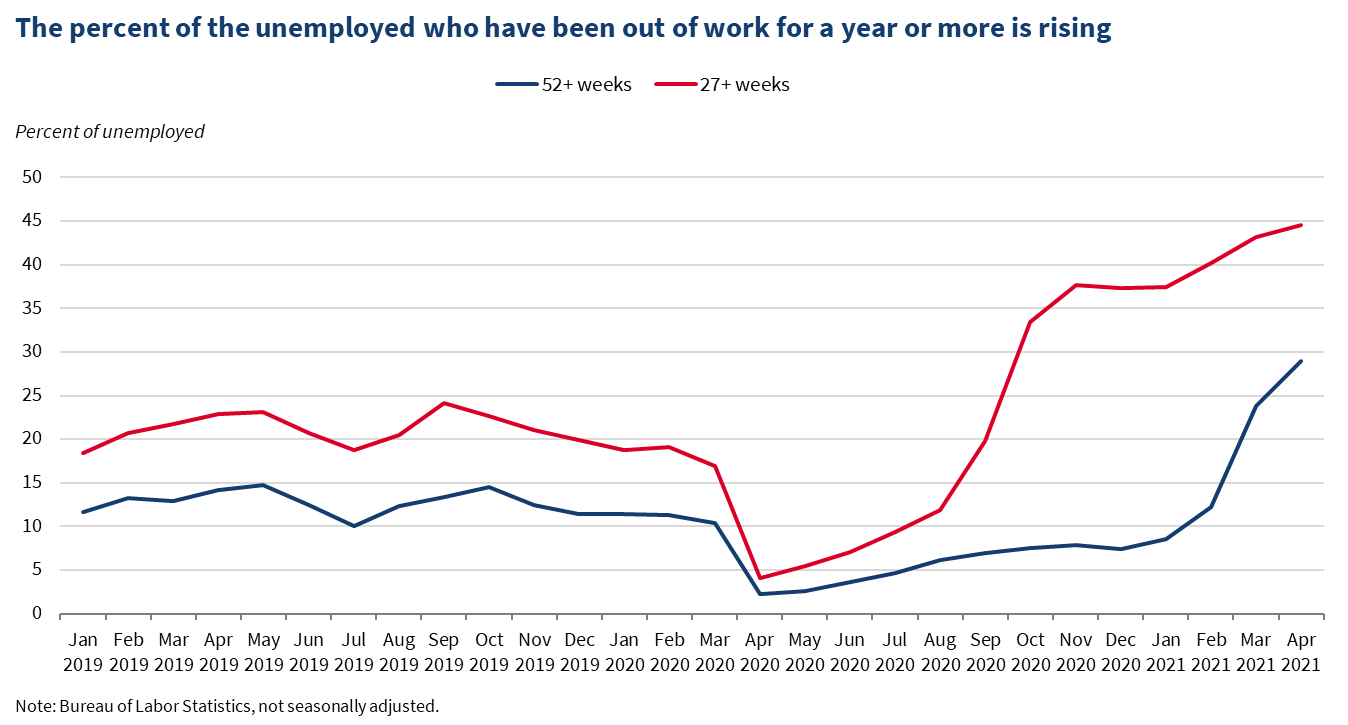 5. Month-to-month jobs numbers can be volatile at any time. The size of the month-to-month changes during the pandemic are striking partly because of the magnitude and speed of the massive 22 million job loss in March and April last year.

As the Administration stresses every month, the monthly employment and unemployment figures can be volatile, and payroll employment estimates can be subject to substantial revision. Therefore, it is important not to read too much into any one monthly report, and it is informative to consider each report in the context of other data as they become available.