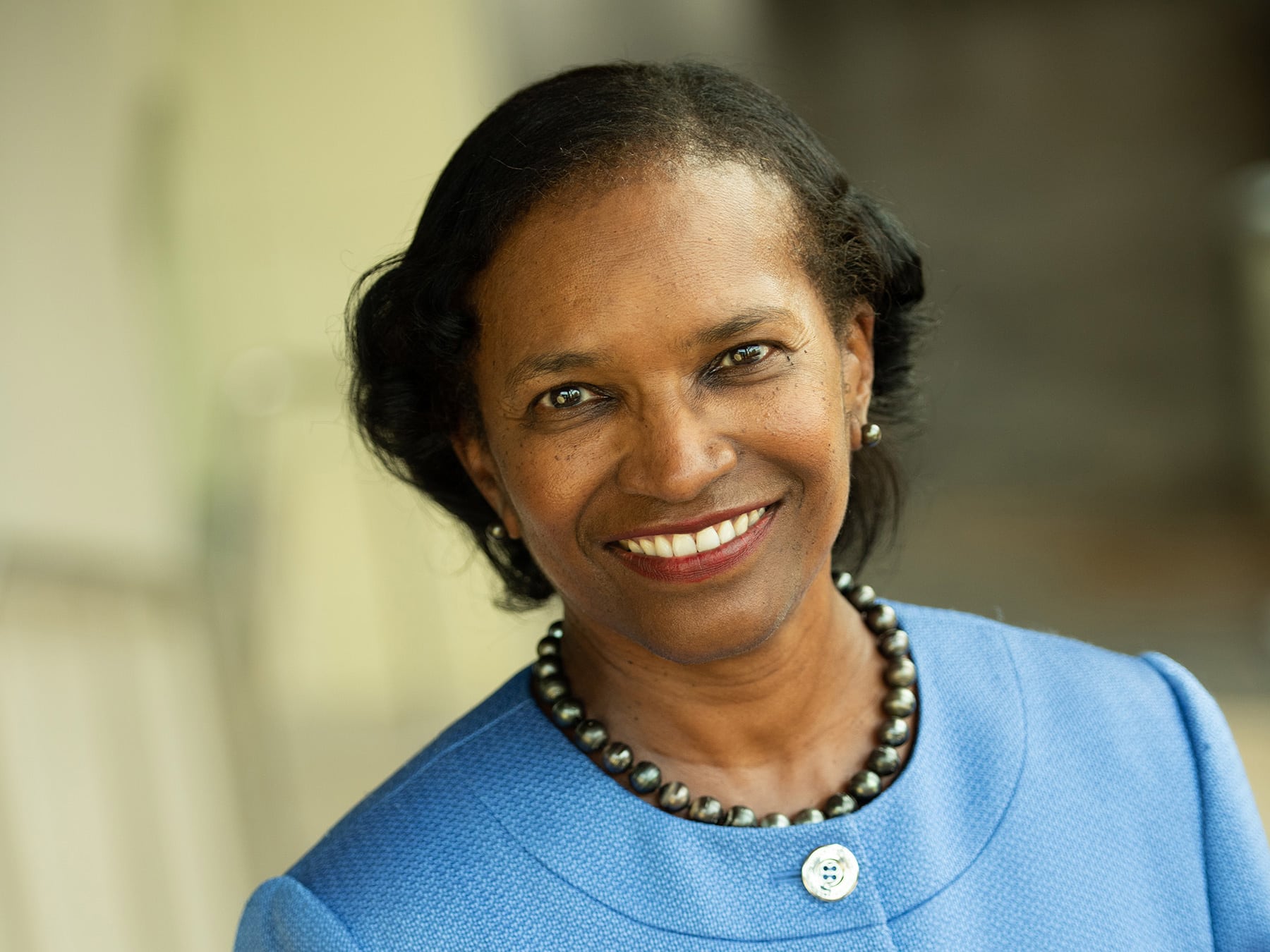 Brenda Mallory was confirmed by the United States Senate on April 14, 2021 and sworn in as the 12th Chair of the Council on Environmental Quality (CEQ). She is the first African American to serve in this position. As Chair, she advises the President on environmental and natural resources policies that improve, preserve, and protect public health and the environment for America’s communities. She is focused particularly on addressing the environmental justice and climate change challenges the nation faces while advancing opportunities for job growth and economic development.

Chair Mallory grew up the oldest of four children in a working-class community in Waterbury, Connecticut. Raised in a family of dedicated community and public servants, she learned the importance of hard work, service, and perseverance. She saw the impacts on her community and the larger city when the industrial base of the “Brass City,” as Waterbury was known, abandoned the area, leaving deep physical and economic scars behind. Her personal experience fuels her commitment to making America’s environmental laws work for all people and ensuring that no community is left behind as the nation pursues a clean energy future.

Chair Mallory earned a scholarship to a prestigious boarding school for high school that changed the course of her life. She became the first in her family to attend college, graduating from Yale College with a double major in history and sociology and then from Columbia Law School as a Harlan Fiske Stone Scholar. She began her environmental law career in private practice, where much of her work involved helping local governments secure federal environmental approvals for economic development projects. She eventually chaired the law firm’s Natural Resources Practice Group. Through this work, she gained valuable experience in the application of the National Environmental Policy Act, the bedrock statute that created CEQ in 1969 and which the agency administers. In 2000, she joined the U.S. Environmental Protection Agency (EPA) in its Office of Wetlands, Oceans, and Watersheds, commencing an almost 20-year career in Federal service.

Chair Mallory served in a number of senior roles throughout her federal career at EPA and CEQ. She was involved in major Clean Water Act jurisdictional actions, including signature Supreme Court cases and the development of the 2015 Clean Water Rule. She served as EPA’s representative on a White House Task Force on Energy Project Streamlining with a focus on Clean Water Act permitting. She led EPA’s Pesticide and Toxic Substances Law Office as the agency tackled lead in renovations, lead and mercury in products, and early efforts to reform the Toxics Substances Control Act and address PFAS contamination. She also worked closely with agency officials on significant emergency response efforts, including those in response to the Fukushima nuclear disaster, Hurricane Katrina, and the Deepwater Horizon oil spill.

As the ranking career official in EPA’s Office of General Counsel (OGC), Chair Mallory served as the chief operating officer for OGC and led operational efforts focused on Environmental Justice and diversity initiatives. She supported the development of OGC’s EJ Legal Tools report, which outlines opportunities within EPA’s legal authorities for advancing environmental protection of low-income and communities of color. She helped reform the EPA Office of Civil Rights to enable more effective processing of Title VI complaints. In addition, she guided the
legal teams working on implementation of initiatives designed to integrate environmental justice considerations into EPA permitting and rule writing.

In Chair Mallory’s first stint at CEQ as the General Counsel, she helped shepherd many of President Obama’s signature environmental and natural resource policy successes to completion. She worked on the development of significant climate and environmental rules and policies, including the 2016 NEPA GHG guidance, which instructed federal agencies on how to effectively consider climate change impacts in decision-making; the Lautenberg TSCA Reform Bill, which gave EPA the tools to ensure the safety of chemicals and strengthen health protections for American families; the Clean Water Rule, which protected streams and wetlands from harmful pollution; and the designation of national monuments and other protected areas.

After serving as General Counsel, Chair Mallory spent four years working in the environmental advocacy community, most recently as the Director of Regulatory Policy at the Southern Environmental Law Center and prior to that as the Executive Director and Senior Counsel for the Conservation Litigation Project, a project supporting the protection of environmental and conservation values on public lands.

Now having returned to CEQ, Chair Mallory is looking to reinvigorate CEQ’s important environmental policy role in service of President Biden’s agenda. She is committed to working with all stakeholders to advance efficient permitting approaches that engage affected communities and that help avoid, minimize, or mitigate the environmental impacts of decisions. Chair Mallory will see that CEQ’s expertise is applied to the challenge of reducing greenhouse gas emissions and to helping communities prepare for the increased flooding, more frequent hurricanes and wildfires, and other impacts of climate change that are already occurring. She will work to protect our nation’s natural treasures, and she will ensure that the voices of low-income and people of color are heard as we tackle the environmental and public health crises our nation faces.

Chair Mallory and her husband Mark live in Rockville, MD. They have three adult children. The family enjoys visiting the parks and other natural treasures that reflect the environmental values she has worked to protect.