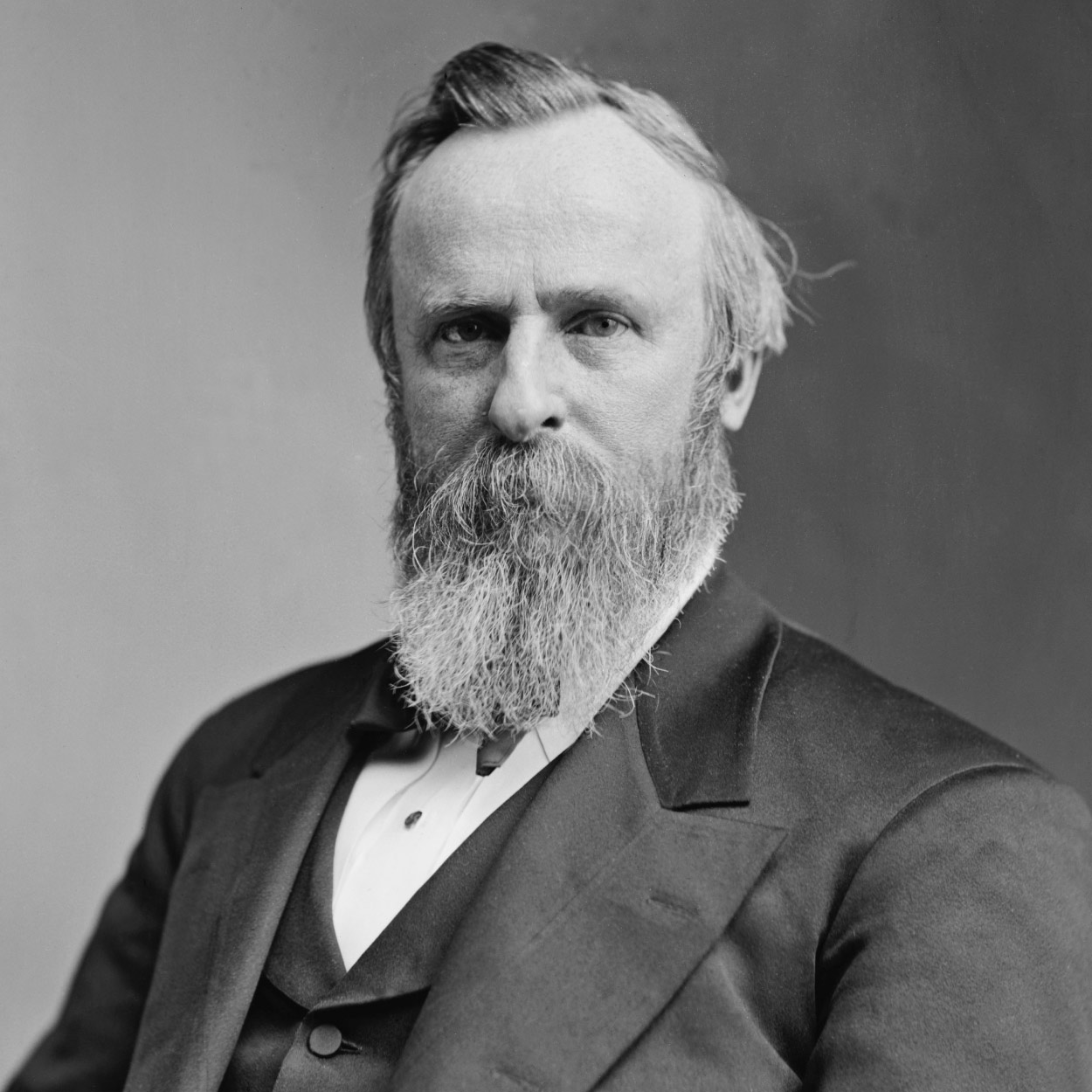 The 19th President of the United States

As the 19th President of the United States (1877-1881), Rutherford B. Hayes oversaw the end of Reconstruction, began the efforts that led to civil service reform, and attempted to reconcile the divisions left over from the Civil War.

Beneficiary of the most fiercely disputed election in American history, Rutherford B. Hayes brought to the Executive Mansion dignity, honesty, and moderate reform.

To the delight of the Woman’s Christian Temperance Union, Lucy Webb Hayes carried out her husband’s orders to banish wines and liquors from the White House.

Born in Ohio in 1822, Hayes was educated at Kenyon College and Harvard Law School. After five years of law practice in Lower Sandusky, he moved to Cincinnati, where he flourished as a young Whig lawyer.

He fought in the Civil War, was wounded in action, and rose to the rank of brevet major general. While he was still in the Army, Cincinnati Republicans ran him for the House of Representatives. He accepted the nomination, but would not campaign, explaining, “an officer fit for duty who at this crisis would abandon his post to electioneer… ought to be scalped.”

Elected by a heavy majority, Hayes entered Congress in December 1865, troubled by the “Rebel influences … ruling the White House.” Between 1867 and 1876 he served three terms as Governor of Ohio.

Although a galaxy of famous Republican speakers, and even Mark Twain, stumped for Hayes, he expected the Democrats to win. When the first returns seemed to confirm this, Hayes went to bed, believing he had lost. But in New York, Republican National Chairman Zachariah Chandler, aware of a loophole, wired leaders to stand firm: “Hayes has 185 votes and is elected.” The popular vote apparently was 4,300,000 for Tilden to 4,036,000 for Hayes. Hayes’s election depended upon contested electoral votes in Louisiana, South Carolina, and Florida. If all the disputed electoral votes went to Hayes, he would win; a single one would elect Tilden.

Months of uncertainty followed. In January 1877 Congress established an Electoral Commission to decide the dispute. The commission, made up of eight Republicans and seven Democrats, determined all the contests in favor of Hayes by eight to seven. The final electoral vote: 185 to 184.

Northern Republicans had been promising southern Democrats at least one Cabinet post, Federal patronage, subsidies for internal improvements, and withdrawal of troops from Louisiana and South Carolina.

Hayes insisted that his appointments must be made on merit, not political considerations. For his Cabinet he chose men of high caliber, but outraged many Republicans because one member was an ex-Confederate and another had bolted the party as a Liberal Republican in 1872.

Hayes pledged protection of the rights of Negroes in the South, but at the same time advocated the restoration of “wise, honest, and peaceful local self-government.” This meant the withdrawal of troops. Hayes hoped such conciliatory policies would lead to the building of a “new Republican party” in the South, to which white businessmen and conservatives would rally.

Many of the leaders of the new South did indeed favor Republican economic policies and approved of Hayes’s financial conservatism, but they faced annihilation at the polls if they were to join the party of Reconstruction. Hayes and his Republican successors were persistent in their efforts but could not win over the “solid South.”

Hayes had announced in advance that he would serve only one term, and retired to Spiegel Grove, his home in Fremont, Ohio, in 1881. He died in 1893.