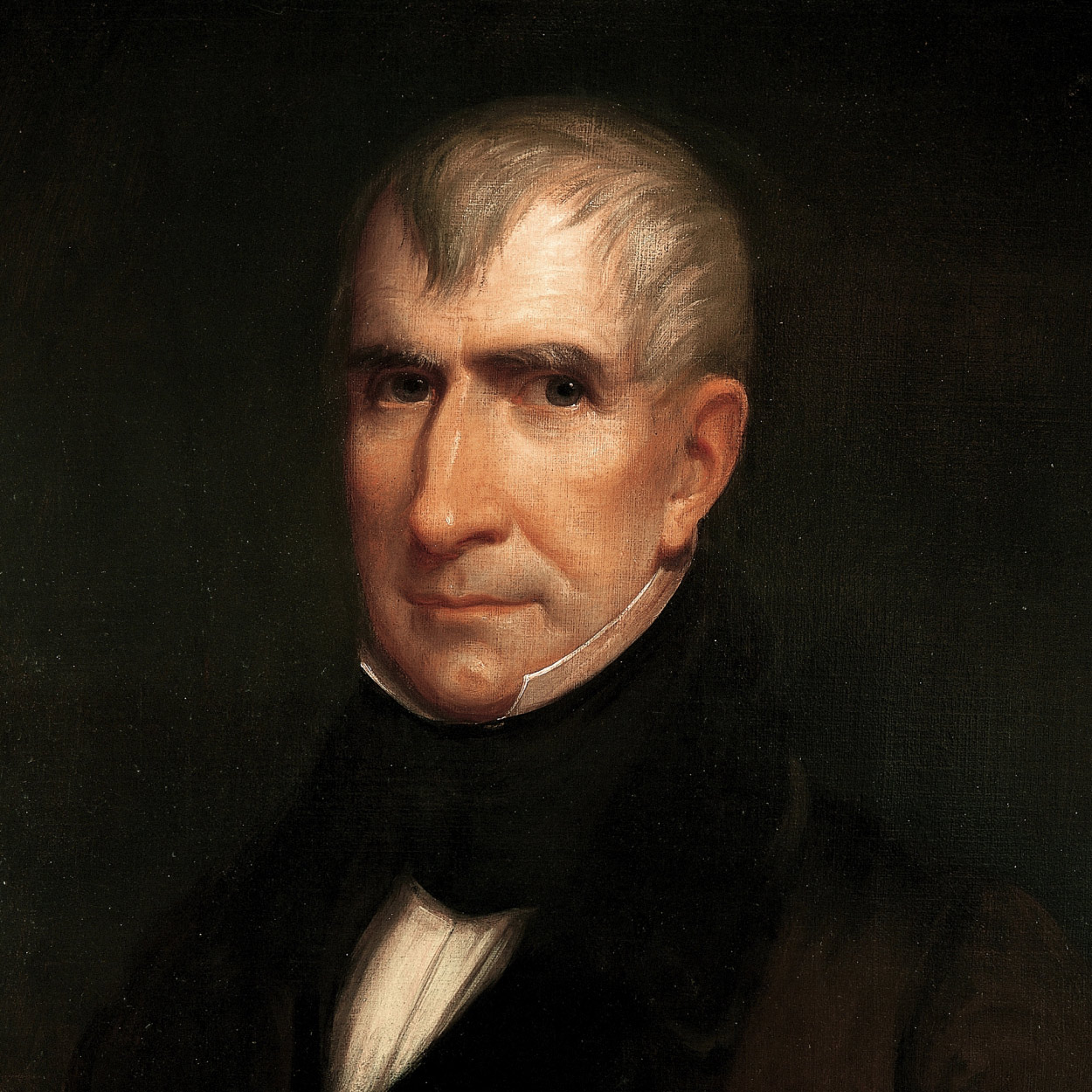 The 9th President of the United States

William Henry Harrison, an American military officer and politician, was the ninth President of the United States (1841), the oldest President to be elected at the time. On his 32nd day, he became the first to die in office, serving the shortest tenure in U.S. Presidential history.

“Give him a barrel of hard cider and settle a pension of two thousand a year on him, and my word for it,” a Democratic newspaper foolishly gibed, “he will sit … by the side of a ‘sea coal’ fire, and study moral philosophy. ” The Whigs, seizing on this political misstep, in 1840 presented their candidate William Henry Harrison as a simple frontier Indian fighter, living in a log cabin and drinking cider, in sharp contrast to an aristocratic champagne-sipping Van Buren.

Harrison was in fact a scion of the Virginia planter aristocracy. He was born at Berkeley in 1773. He studied classics and history at Hampden-Sydney College, then began the study of medicine in Richmond.

Suddenly, that same year, 1791, Harrison switched interests. He obtained a commission as ensign in the First Infantry of the Regular Army, and headed to the Northwest, where he spent much of his life.

In the campaign against the Indians, Harrison served as aide-de-camp to General “Mad Anthony” Wayne at the Battle of Fallen Timbers, which opened most of the Ohio area to settlement. After resigning from the Army in 1798, he became Secretary of the Northwest Territory, was its first delegate to Congress, and helped obtain legislation dividing the Territory into the Northwest and Indiana Territories. In 1801 he became Governor of the Indiana Territory, serving 12 years.

His prime task as governor was to obtain title to Indian lands so settlers could press forward into the wilderness. When the Indians retaliated, Harrison was responsible for defending the settlements.

The threat against settlers became serious in 1809. An eloquent and energetic chieftain, Tecumseh, with his religious brother, the Prophet, began to strengthen an Indian confederation to prevent further encroachment. In 1811 Harrison received permission to attack the confederacy.

While Tecumseh was away seeking more allies, Harrison led about a thousand men toward the Prophet’s town. Suddenly, before dawn on November 7, the Indians attacked his camp on Tippecanoe River. After heavy fighting, Harrison repulsed them, but suffered 190 dead and wounded.

The Battle of Tippecanoe, upon which Harrison’s fame was to rest, disrupted Tecumseh’s confederacy but failed to diminish Indian raids. By the spring of 1812, they were again terrorizing the frontier.

In the War of 1812 Harrison won more military laurels when he was given the command of the Army in the Northwest with the rank of brigadier general. At the Battle of the Thames, north of Lake Erie, on October 5, 1813, he defeated the combined British and Indian forces, and killed Tecumseh. The Indians scattered, never again to offer serious resistance in what was then called the Northwest.

Thereafter Harrison returned to civilian life; the Whigs, in need of a national hero, nominated him for President in 1840. He won by a majority of less than 150,000, but swept the Electoral College, 234 to 60.

When he arrived in Washington in February 1841, Harrison let Daniel Webster edit his Inaugural Address, ornate with classical allusions. Webster obtained some deletions, boasting in a jolly fashion that he had killed “seventeen Roman proconsuls as dead as smelts, every one of them.”

Webster had reason to be pleased, for while Harrison was nationalistic in his outlook, he emphasized in his Inaugural that he would be obedient to the will of the people as expressed through Congress.

But before he had been in office a month, he caught a cold that developed into pneumonia. On April 4, 1841, he died — the first President to die in office — and with him died the Whig program.