ONDCP leads and coordinates the nation’s drug policy so that it improves the health and lives of the American people.

ONDCP is responsible for the development and implementation of the National Drug Control Strategy and Budget. ONDCP coordinates across 19 federal agencies and oversees a $41 billion budget as part of a whole-of-government approach to addressing addiction and the overdose epidemic. ONDCP also provides hundreds of millions of dollars to help communities stay healthy and safe through the High Intensity Drug Trafficking Areas Program and the Drug-Free Communities program.

The overdose crisis is an urgent priority for the Biden-Harris Administration. ONDCP works together with federal agencies, Congress, and communities across the country to reduce overdoses and save lives. The Administration’s inaugural National Drug Control Strategy outlines four near-term actions to prevent drug overdoses and poisonings: 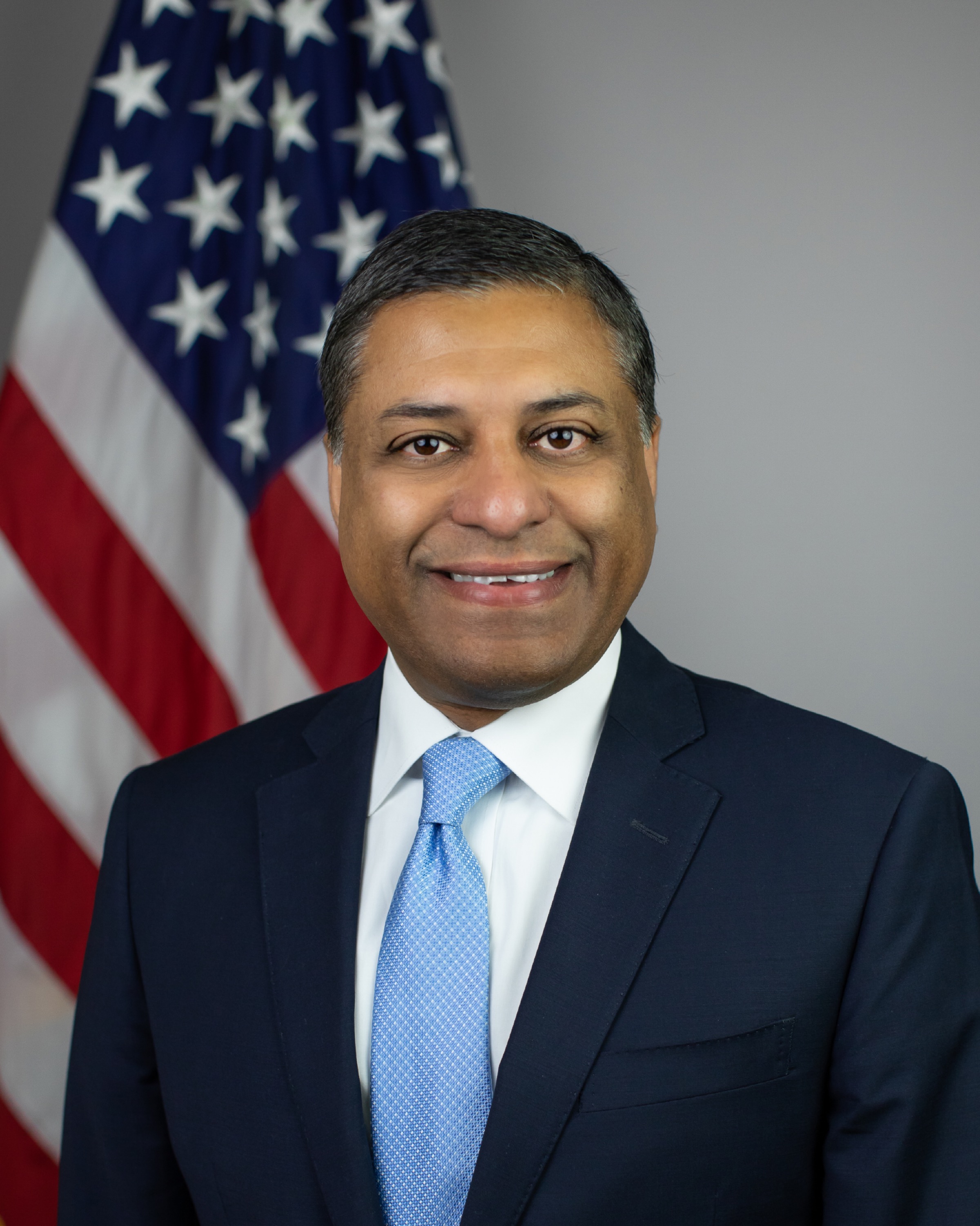 Dr. Rahul Gupta is the first medical doctor to serve as the Director of National Drug Control Policy and lead the Office of National Drug Control Policy (ONDCP), a component of the Executive Office of the President. ONDCP coordinates the nation’s $41 billion drug budget and federal policies, including prevention, harm reduction, treatment, recovery support, and supply reduction.

Through his work as a physician, a state and local leader, an educator, and a senior leader of a national nonprofit organization, Dr. Gupta has dedicated his career to improving public health and public safety.

A board-certified internist, Dr. Gupta has been a practicing primary care physician for more than 25 years, and has served in private practice and public health in towns as small as 1,900 residents and cities as large as 25 million. He has served as a local public health official and as the West Virginia Health Commissioner under two governors, where he brought together public health, law enforcement, healthcare, faith-based, business, and other community partners to solve local problems in novel and innovative ways. As the state’s Chief Health Officer, he led the opioid crisis response and launched a number of pioneering public health initiatives, including the Neonatal Abstinence Syndrome Birthscore program to identify high-risk infants, and the groundbreaking statewide Social Autopsy, which examined the lives of overdose victims to determine the factors that led to their deaths and what services could have prevented their deaths. This led the state to expand access to naloxone as well as treatment services including those for incarcerated individuals in order to save lives and help people transition back into society. He supported the expansion of harm reduction programs to more than a dozen sites across the state. He was also instrumental in expanding state-of the-art, comprehensive and integrative medical and behavioral health programs for pregnant and postpartum women.

His lifelong commitment to educating the next generation of physicians and policymakers has led him to hold academic appointments throughout his career including as a clinical professor in the Department of Medicine at Georgetown University School of Medicine and as visiting faculty at the Harvard University T.H. Chan School of Public Health. Additionally, his passion for global health led him to join the March of Dimes as Chief Medical and Health Officer and Senior Vice President, where he provided strategic oversight for the organization’s domestic and global medical and public health efforts.

Dr. Gupta is a national and global thought leader and a driver of innovative public policies who practices what he preaches. He is a buprenorphine-waivered practitioner, providing medication-assisted treatment for people with opioid use disorder. He has been recognized for his career of public service by the American Medical Association, the American Public Health Association, and by Governing Magazine, which named him their Public Health Official of the Year in 2018. Additionally, the Pulitzer Prize-winning Charleston Gazette-Mail named him as one of its West Virginians of the Year in 2017 for his service to the state.

The son of an Indian diplomat, Rahul was born in India and grew up in the suburbs of Washington, D.C. At age 21, he completed medical school at the University of Delhi followed by subspecialty training in pulmonary medicine. He earned a master’s degree in public health from the University of Alabama-Birmingham and a global master’s of business administration degree from the London School of Business and Finance. He is married to Dr. Seema Gupta, a physician in the Veterans Administration for over a decade. They are the proud parents of identical twin sons, Arka and Drew.

The Office of National Drug Control Policy was created by the Anti-Drug Abuse Act of 1988 which authorized ONDCP to set drug policy priorities, implement a comprehensive and research-based national strategy, and certify Federal drug policy budgets.

The Violent Crime Control and Law Enforcement Act of 1994 expanded ONDCP’s mission to include assessing budgets and resources related to the National Drug Control Strategy.

The Drug Free Communities Act of 1997 authorized ONDCP to carry out a national initiative that awards Federal grants directly to community coalitions.

The Media Campaign Act of 1998 directed ONDCP to conduct a national media campaign for the purpose of reducing and preventing drug use among young people in the United States.

The Office of National Drug Control Policy Reauthorization Act of 1998 expanded ONDCP’s mandate and authority, including:

Executive Order 13165 (2000) created the White House Task Force on Drug Use in Sports. It authorized the Director of ONDCP to serve as the U.S. Government’s representative on the board of the World Anti-Doping Agency.

The ONDCP Reauthorization Act of 2006 reauthorized ONDCP through FY 2010 and expanded the mandate of the Agency, including:

The SUPPORT for Patients and Communities Act of 2018 reauthorized ONDCP through FY 2023, expanded ONDCP’s mandate, and made other changes, including: